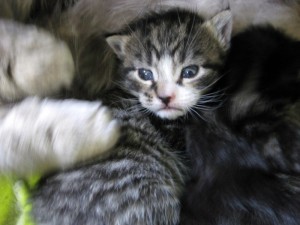 The characteristic I-swallowed-a-trombone-for-my-breakfast voice of Pete rumbled down the line.

This was in response to the frantic “I killed a chicken and I am so sorry” message that I left earlier in the day.

To be absolutely honest, that was not my message. 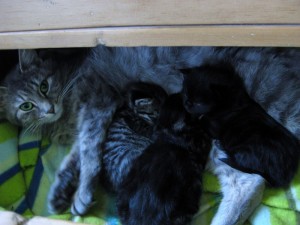 It was said in a hopeful manner, at least.

“Oh,” Pete said, “She was an interloper; flew in when we built the coop and never laid a single egg anyway. No matter.”

“A handsome young farmer called Tom took her away after conducting a CSI inspection to determine cause of death was old age,” I woffled grateful to be out of the fray.

“Ha HA! I will have to roast Tom about having to rescue you…”

Now, how about them kittens, sleeping by the travelling bread oven… 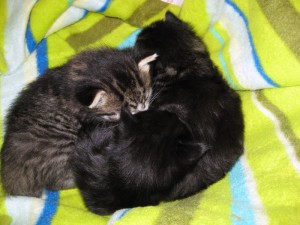