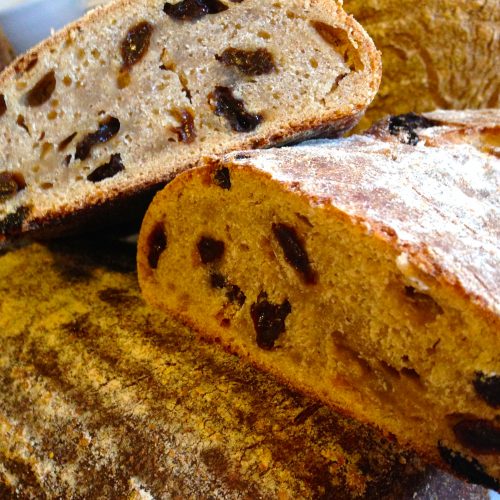 Jane Mason
In Canada, there is a difference between "Raisin Bread" and "Bread with Raisins".  The latter has fewer raisins.  We are serious about our raisin bread in Canada and that proves it!  The one thing better than perfectly ordinary raisin bread is rye and raisin bread and this version, in sourdough, is completely yummy.   A little sweet, a little sour, and just enough rye to make it tasty without being too heavy.
Print Recipe Pin Recipe
Course Breakfast
Cuisine Canadian

To refresh the starter

Want to learn more?  Come and take a bread course with us.  We have plenty of different courses and we look forward to welcoming you!